Preventing animal hunting and farming prevents pandemics. After Covid-19, it is only a matter of time until the next zoonotic disease emerges. Zoonoses are diseases that can be transmitted between animals and humans.[1] A widely-cited article in Nature notes about emerging infectious diseases (EIDs): “EID events are dominated by zoonoses (60.3% of EIDs)“[2] Examples of zoonoses are detailed in the infographic by Al-Jazeera below.

Infection can occur from contact with the animals or even from contact with the animal product itself such as with E. coli or salmonella outbreaks. Bovine spongiform encephalopathy (BSE) or “mad cow disease” killed 178 people between 1990 and 2019 in the UK alone.[3] “Currently, there is no treatment that can cure or control CJD, although studies of a variety of drugs are now in progress.  Current treatment for CJD is aimed at easing symptoms and making the person as comfortable as possible.  Opiate drugs can help relieve pain if it occurs, and the drugs clonazepam and sodium valproate may help relieve myoclonus.  During later stages of the disease, intravenous fluids and artificial feeding also may be used.”[4]

It seems understudied how much lower the risk from zoonoses would be if humans stopped animal husbandry and hunting, or which of the two should be prioritised. To find out, we sent a Freedom of Information request to the UK Health Department, but they admitted that they do not hold any such information. This not only shows the unpreparedness of the British government toward pandemics but also how little the state currently cares about eliminating dangerous viral and bacterial breeding grounds.

However, stopping the hunting and farming of animals would take away the vast majority of all contact points between humans and animals. The only few contact points left would be through bites, pets and biological and medical studies. Food4Thought therefore urges all caterers to take hunted and farmed animal products from the table. This not only ensures safety from food poisoning or infection through consumption; its primary benefit is in preventing the spread of zoonotic disease from animals to hunters, farmers and butchers. 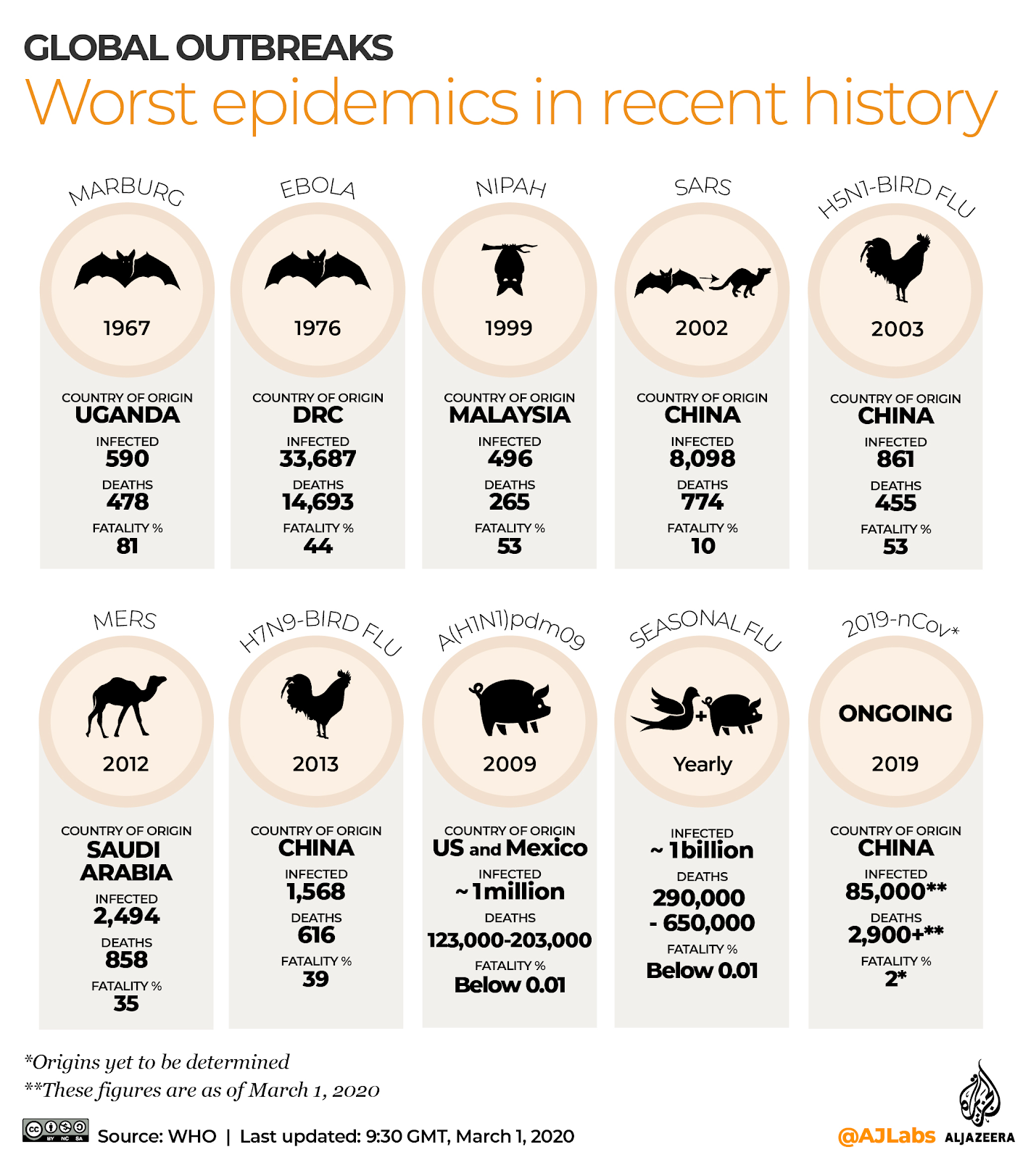 Preventing animal husbandry is also necessary to prevent antibiotic resistance. The more animal products humans consume, the more vulnerable they become to antibiotic resistance. For example, a slaughter cow in the UK may be given up 21.25 grams of antibiotics per year.[5] This applies whether it is a Red Tractor certified cow or not. In 2017, 26% of all antibiotics were given to livestock in the UK.[6] The percentage in the US is estimated as high as 80% (and in most other countries, antibiotics given to animals are unfortunately not tracked). The “WHO is recommending that farmers and the food industry stop using antibiotics routinely to promote growth and prevent disease in healthy animals.”[7] We think that is an unnecessary and unrealistic extra step. Transitioning to plant food is an easier alternative that also has lots of other benefits (see The Science).

Red meat is a probable carcinogen and processed meat is a class 1 carcinogen, says WHO[8]. The classification came after studies suggested that red meats clog up the bowel[9]. This may contribute to the risk of developing colon cancer, one of the leading causes of death in the UK and the second most dangerous cancer after lung cancer[10]. For this reason, caterers should definitely reduce animal meat and switch to plant-based meats made from beans or pulses.